A little over a month ago, I had to move some packages for work in my little S-10 pickup truck. Unfortunately, I had a rusted tailgate hinge, and it broke. I looked up the part I needed and decided to make the purchase from JC Whitney, as they had decent prices, and were the only source I could find online that actually sold the passenger side part.

I decided to purchase parts for both sides, but when I received the confirmation email after making the purchase, I noticed it said I purchased two of the driver’s side part. I immediately sent an email to customer service explaining that I wanted one of each, and not to send the parts or proceed with the order until I find out what I am getting.

The next day I received an email stating my product had been shipped. One day after that, I receive an email with a response to my request that I did order two of the same product, and that they couldn’t stop the order because they already shipped it.

As soon as this happened, I checked the site again and searched for both parts. Interestingly enough, both of them showed up with the same part and an “Add to Cart” button. The title was for each part respectively, but the details listed the same part number. In hindsight, I could say it was my fault for not reading the exact part number, but a lot of the blame goes on JC Whitney because of poor usability. Strike One. 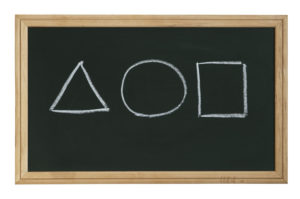 Honestly, it could have stopped there, but it didn’t. I then called customer service, and they tried to tell me that they just talked to one of their mechanics, and they said the parts are identical. I’m sorry, but I took high school geometry: Cylinders do not fit into rectangles. Strike two.

I then told them I was going to mark the package as return to sender to save me from shipping costs, but they said it wouldn’t go to the right place, so I wouldn’t get reimbursed. I would have to send it to their returns department, but that shipping would be covered.

I begin to look for other sources for the part I need, when JC Whitney all of a sudden has the part I need! I decide to give them one last chance and order it. A couple days later I get an automated email stating they actually do not have the part and I will be reimbursed because they don’t plan on getting it any time soon. At least they were honest, but I was looking at a source on ebay for the part, and missed out on that because of the two day delay. Strike three.

I finally receive the original parts in the mail and it turns out I have to pay shipping. In the end I would be getting back 2 dollars after paying shipping, which isn’t worth it. Strike four.

Today, just as icing on the cake, I received a response from an actual person about the part that was out of stock. It has been exactly one month since I sent the email to them, which is very poor response time, and their response essentially said they have lots of difference warehouses, so they can’t always keep track of everything if they sell out of all of them. Then they ask me to check back in two weeks to see if the part exists (it is actually there now), and want me to give them good ratings on a customer satisfaction survey! To me, this whole mess just shows how unimportant customer support is to the company.

Luckily for me, two weeks ago I finally found the part I needed from a local dealer and got the truck fixed, but I still have one extra driver side hinge…

So what have I learned from this: I should always read the fine print, and I will never do business with JC Whitney again, nor refer them to anyone.

What can any business owner learn from this? Usibility is key in website design, especially with e-commerce stores. You want things simple enough that a kid could understand. If I feel like I have even remotely been tricked because or poor usability, I will look at your company as potentially dishonest.

The other point is that quality customer service is honest customer service. If I feel like I’m lied to multiple times, then it will give me a really bad impression of your business, and I will go out of my way to let others know.

People deserve trust. Make sure your company shows that.